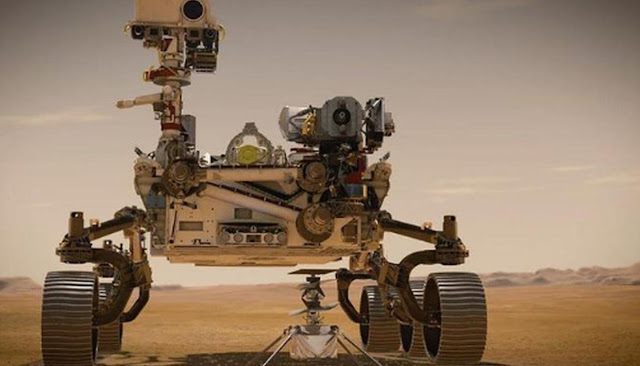 NASA's Perseverance rover set off for its 7-month journey to Mars, which aims to reach Mars, under which NASA has launched the Perseverance rover to Mars on July 30. Thurs., July 30, at 7:50 a.m.  At noon, Rocket: Atlas V 541 has been launched from Space Launch Complex-41, Cape Canaveral Air Force Station, Florida. The Perseverance rover will mark the 85th Atlas V mission since its inaugural launch in 2002, and will be the 7th in a 5X configuration.
According to NASA's official website, the Perseverance rover will take seven months to reach and land in Mars. After starting its onward journey to Mars on July 30, the Mars rover will land on the surface of Mars on February 18, 2021, according to NASA's report that the rover will land in Mars's 'Jazero Crater'.
NASA's motive for launching the Rover is to search for signs of ancient life on Mars, and to collect rock and soil samples for a possible return to Earth. The perseverance rover will explore the jzero crater to study the habitability of Mars, and will search for signs of past microorganism life, as well as collect samples of selected rock and soil, ready for future manned missions by NASA. The Perseverance rover has also flown an Ingenuity helicopter, proving that it can achieve flight operated on Mars.