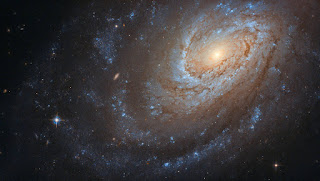 One such galaxy, formed with a small galaxy that we know as NGC 4651, is a remarkable spiral galaxy, which appears visibly calm and peaceful. NGC 4651 Galaxy revolves in the vast, silent emptiness of space, the galaxy has many mysteries. Researchers believe that this galaxy has consumed another small galaxy to become a large and beautiful spiral.
The first image taken by the NASA / ESA Hubble Space Telescope of the NGC 4651 galaxy, the telescope, is very easy to see the NGC 4651 galaxy, its picture can be clearly seen. NGC 4651 can also be seen with an amateur telescope, usually we can see it from home with a telescope.